Birmingham, Alabama is a great place to live and if you are moving within this popular city, we have rounded up the best suburbs for you!

Living in a suburb of Birmingham is a great idea because you have all the benefits of big-city living, as well as the calmness, safety, and tranquility of a suburban area. Living in a big city is certainly not for everyone, especially if you have children.

Benefits of living in a big city, such as Birmingham, Alabama include the great food and restaurants, the amazing culture, spectacular arts, and the big city energy that it is famous for! The downside of living in the city center includes things like heavy traffic, high property prices, and expensive parking.

Our analysis of the best suburbs in Birmingham was carefully based on various factors. The main criteria were the suburb’s home values, population density, employment rate, average household income and the number of college-educated residents. Other factors included a standard of living score, affordability and availability of amenities. We also made sure that our list only included non-CDPs with a population of over 5,000 people. At the end of the day, we had a list of 26 Birmingham suburbs to evaluate.

Each suburb in our list has been defined as forming part of an urban cluster and not part of the city of Birmingham. Since the greater Birmingham region is very diverse, we realize that not all suburbs are created equally. However, there has to be a winner and, if you know Birmingham well, you will not be surprised to learn that Vestavia Hills came out top!

So, here is our list of the best suburbs to live in Birmingham, Alabama! What do you think of this list? 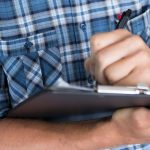 How You Should Prepare for a Home Inspection As The SellerArchitecture 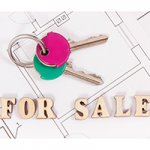